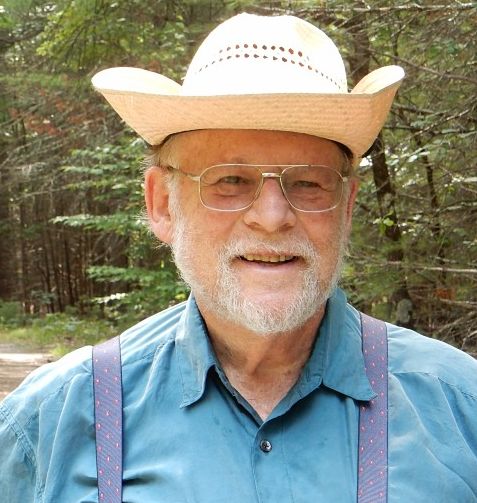 Paul Palmer is a chemist with a PhD from Yale. After a stint teaching in Turkey and Denmark and some business experience abroad, he came to the Bay Area where he noticed that the newly emerging Silicon Valley was using many chemicals that they were discarding even though they still seemed to be fairly pure. He got a sample of a discarded solvent mixture called “developer/rinse”, established that the components were xylene and butyl acetate, realized that both of those solvents were expensive components of lacquer thinner and formed a company to market this perfectly clean “waste product” as lacquer thinner. As the company prospered, they grew to 20 employees and two locations and they learned to make use of every chemical that Silicon Valley discarded. These included such solvents as perchloroethylene, trichloroethylene, isopropyl alcohol, freon TF (trichlorotrifluoroethane)  and acids including hydrochloric, sulfuric and nitric and many ancillary products such as gold tabs, silk screens and circuit board scraps. There were etchants like cupric etch, tools such as silver ink, and other chemicals too numerous to mention. When it was learned that perfectly usable laboratory chemicals were being discarded by the carload, the new company began to take all manner of lab chemicals for resale. The company was named Zero Waste Systems Inc. which was the first formal use in the world of the new term Zero Waste. ZWS achieved a worldwide reputation and was the subject of a number of official studies. It was the only company in the world that developed generic methods to reuse all chemicals, rather than just some narrow category. The term Zero Waste has been borrowed by all manner of others to denote many low-level, ineffective and wasteful processes, often referred to as “zero waste to landfill”. The reader should not confuse these derivative notions of waste management with the high aspirations of Zero Waste theory presented in this website.

When ZWS ceased operations (for non-business reasons) Palmer continued for twenty years to solve problems that chemical using companies encountered with mistaken mixtures, returned products and off-specification chemicals. He distilled the experience of decades into a book which is sold on this website and created this website to present the methods of Zero Waste to the world.

Here is one fact that should be nagging at anyone reading this page. While ZWS was in business, it took perfectly fine, often brand new and unopened, laboratory chemicals from all over for productive resale. Now that ZWS is not operating, thousands of drums all over the country and the world are being filled up with those same bottles, a filler is added, the drum is closed and the drum with its chemicals is being buried at the bottom of a chemical dump to remain for some unspecified time until something disturbs them, they slowly react with each other, the drum and the bottles are broken and they become “pollution”. Why does this happen? Greed, by the garbage companies who are paid enormous sums for burying the chemicals. Collusion, by the regulating agencies who set up this profitable system. Laziness, by the public who just can’t be bothered, and irresponsibility by environmentalists who are afraid of solving problems rather than just yelling “toxic warning” at potential members.

When ZWS stopped its work, no one stepped up from the regulators or the public or the chemical users to call for finding some way to continue such a valuable public contribution to avoiding the very source of pollution. Solving problems gets short shrift in our society. It is much better to create problems, then charge money for applying inadequate and ineffective clean ups. What a shame!

ZWI is a non-profit corporation organized in 2007. Like they say, we didn’t plan it that way, it just happened. Actually we were under the sponsorship of an umbrella non-profit called Pacific Bridge Institute but we lost the connection. Do you swing a non-profit that could sponsor us under your tax deductible status? We meet all the criteria but need the formal designation. Until then, donation and membership checks should be made out to Paul Palmer and mailed to:
CONTACT FORM

Please tell us who you are, where is your home base, are you with an institution and at what level and how you are interested in Zero Waste.

or send an email to Paul Palmer at paulp@sonic.net. The Zero Waste Institute home base is in Vacaville California.

The Zero Waste Institute has developed and pioneered a form of business survey that belongs in every Environmental Impact Report except that waste is so ingrained in this society that eliminating it is not considered a positive goal. But it is and should be. We are available to do a Zero Discard Impact Report for your business.

Received funds will be used wisely and well for promoting Zero Waste, you may be sure.