ZW started in the early 1970’s when I formed the company that was eventually going to become Zero Waste Systems Inc. (ZWS) Up to that time, the term “Zero Waste” had never been used publicly.

ZWS took as its charge, the reuse of chemicals. I was a PhD chemist and I hired many other chemists and some drivers. The drivers drove around the Bay, especially to Hayward, San Jose, Sunnyvale, Mountain View and San Francisco. These destinations included the new Silicon Valley. The drivers picked up the chemicals we would find new homes for and delivered chemicals we were selling. We had essentially no start-up capital other than that which we could make by some clever, profitable sales. Because there was no one else in the same business, we had the field to ourselves and found a number of excellent projects. We could get a solvent mixture for free from the microchip companies and could turn around and sell it, without any processing or change to it, as a lacquer thinner. We obtained excess, unwanted laboratory chemicals free from many sources and then resold them for half of their original, quite expensive prices. We had the largest inventory of lab chemicals for sale in California (made possible because we had no investment in inventory).

We virtually never made any serious mistakes in taking in hopefully reusable chemicals. Once we accumulated about a thousand drums of copper-rich circuit board etchant and then found that the expected user did not want it. But we kept it in our yard and one day, a year later, a fellow from Arizona walked in looking for all the copper etchant he could find for his copper recovery unit.

We agreed to take fourteen drums of isoprene (the monomer for natural rubber) from the Diamond Shamrock company. It was brand new, sealed material so we foresaw no problem somehow finding a user but no user materialized. Not to worry though – I mixed it half and half with isopropyl alcohol and used it as an automotive fuel. It ran the company Chevy pickup truck for about six months. 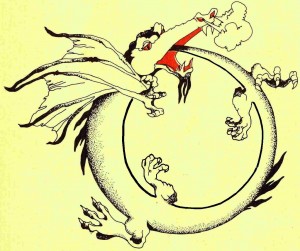 Once a car dealer accidentally mixed ammonia into a drum of gasoline. We charged them a $500 cleanup fee which they gladly paid. Then we added a little extra water into each drum and poured most of the gasoline into a new drum to use for automotive fuel, since we knew that all the ammonia would remain in the water layer. Ammonia is uncommonly soluble in water. Gasoline – not at all.

The gasoline example was classic. Over and over, just knowing how solvents mixed with each other or not, was all that was required. Many times some water could be added to dissolve out one liquid component, then the two layers separated and each one used separately. The key was rarely the use of specialized equipment but was almost always the use of specialized knowledge.

At that time, I did not have an advanced sense of the meaning of Zero Waste. As is true today, the reigning assumption was called recycling. I could tell that the many forms of reuse we were employing were a richer collection of reuse strategies than going thru garbage to pick out glass, steel etc. Still I thought that “Recycling”, with its invocation of cycles, would be a good umbrella term, but that it should be modified to include remanufacturing, purification, separation, renovating, rebuilding, reclamation etc. It was years before it became clear that this would not work because the recycling enthusiasts would not accept that. With time, it became clear that recyclers did not understand, and did not trust, the reuse of chemicals or engines or buildings, but were wedded to consumer garbage and the retrieval of low level broken materials. Workers throughout industry work to recover functional values of all manner of high value products, including jewelry, ships, vehicles, motors, tools, buildings, chemical equipment, laboratory machinery, computer equipment and more. Clearly the recycling notion was missing huge swathes of important reuse options. This is still the case today. Ultimately it became clear that a new term would be needed and so I settled on using Zero Waste to include all of the methods for reusing all of society’s products.

Take note however, that this was still a deficient understanding of reuse. I still had not fully realized how important it was that recycling was a post-discard  method. I still had not formulated the notion of functional reuse as opposed to materials reuse.

I started a non-profit to do research into recycling but the theory was skeletal and I did not fully understand what kind of research was really needed, as I do today. Today it is clear that the critical step is discard and that all research needs to find designs that eliminate that break in the link of reuse. Today we desperately need to found a laboratory for doing that research into chemicals and a Zero Waste Center in every town for processing all unwanted goods into their natural uses.

The nineteen eighties saw the closing of ZWS and my moving into less of a hands-on reclamation of chemicals. I would contact chemical users with problems by phone or visits and then craft a solution to their problems. During the next 20 years that I worked this way, the tension for functional redesign was always a nagging motif. One example that I worked on involved the reuse of a stream of benzene byproduct.

I arranged for a company to take two or three truckloads of the benzene from another every month. Benzene is a sweet smelling, organic liquid, widely used as a gasoline component because it raises the octane value. It has the unfortunate side effect of causing liver cancer so its use in gasoline is much restricted nowadays. The benzene was contaminated with about one percent of acrylonitrile, a chemical used in plastics. For a few years, I was able to sell the mixture to a company that actually added its own acrylonitrile and so didn’t care about the additive. But when they closed their line using the benzene, I was stymied. I found a number of other users of benzene but none of them could tolerate the contaminant. So I went back to the generator of this excess benzene and explored the possibility of removing the contaminant. It turned out that this would have been possible with some redesign of the process but because of the backward regulations in this country, which act to strangle reuse, the interplay of the EPA and the state EPA, regulations forbade it. They would not do this because according to the regulations, the mixture had somehow  passed the point of identified discard and could no longer be purified by anyone without an expensive permit for processing hazardous waste.. The company decided it was cheap and easy to simply burn the benzene in a boiler. Post-discard reuse might be okay, but redesigning the process to reuse the basic function of the solvent cyclically was prohibited. A smaller company might have simply decreed that they were creating a new process for purification within their existing  process but this large company had the kind of deep pockets that the EPA loves. The company was not about to be tied up in court with an expensive lawsuit, have all kinds of environmental groups calling them nasty polluters and probably even lose despite being in the right. And the coda is that the type of small company that could be flexible has been put out of business over the last thirty years by precisely this kind of onerous and absurd regulation.

Many examples like this eventually forced me to understand the difference that discard causes. And from there, it was but a short step to understand that the garbage industry exerted a stranglehold over the regulations and the environmental groups, with non-existent technical smarts, just went along to be on the anti-pollution bandwagon, even if they were in fact supporting greater pollution. It scared the public and brought in dues paying members.

It was but a small step to understanding that the key is function. Trying to reuse fifty thousand common chemicals in various states of contamination was a lot harder than redesigning processes to produce outputs that matched inputs in a closed cycle.

Finally, in 2005, when I started to write my book Getting To Zero Waste  the act of writing forced me to sharpen up my ideas and the theory of functional reuse became sharp and clear.

Zero Waste is not the happiest of terms because it implies a condition applied to waste. True, it is a ZERO amount of waste, which is no waste at all, but the word “waste” jars anyway. Other movements also run into this trouble. Take “Peak Oil” for example. It says that oil is running out, is peaking, so we have a problem that we need to rationally solve. But what if we didn’t have a peak now? What if we found a huge oil field in Ohio, good for burning for decades more? Would the peakers breathe a sigh of relief and disband? Not likely. Most of them (us) believe that we should be building a better society than one based on profligate oil use anyway. But Peak Oil is the name and Peak Oil it will remain.

A common mistaken attitude springs from the easy, comforting  assumption, made by people who have actually never thought about Zero Waste before, that there has always been garbage and there always will be. There is no scientific basis for this belief, but it is persistent nonetheless.  I like to compare this with some other baseless beliefs about what will always be. For example: anyone could have told you in the early twentieth century that the plague of smallpox would always afflict humankind. Yet now, it is gone from the world. Hopefully tuberculosis and polio will someday follow it. Who could have believed it?

Similarly, the Bible tells us in Mark 14:7 that “The poor you will always have with you, and you can help them whenever you want”. Today, in some countries e.g. Scandinavia, the poor are gone because social policies are in place to make that happen. Poverty is not an absence of morality but an absence of money. This realization was all that was needed to deal effectively with poverty. In similar manner, the redesign of goods for reuse is what is needed to eliminate societal wasting.