Conventional choices can be appealing but they can actually be quite harmful. One of the great choices that is not thought about is how the project will interact with and impact on other projects to create or destroy efficiencies. Where easy wasting is taken for granted, the common tendency is to assume globally that everything not wanted can merely be discarded. A network of downstream waste and discard ends up incorporated into every design by simple assumption. On the receiving end of such decisions, your best progressive impulses are thwarted and you may find that you can only continue and pass on the assumptions of wasting. The earth groans, its creative material potential is degraded but the garbage industry laughs uproariously. How to escape from this sticky web of waste is the question we try to answer.

The ZW Institute offers a study of the ways in which unsuspected discard has permeated and penetrated the warp and woof of your company. With hardly any notice, every company impacts a large number of insiders and outsiders.

All of them may be required to behave in ways that can cause unnecessary discard. The alternatives may take some uncomfortable changes in the way that business is done but the result is invariably rewarding.   This report has virtually nothing to do with that least important and usually trivial manifestation of discard, the garbage service. We try to look far more deeply than any kind of garbage management. A ZDIR consists of a written report identifying all the major ways in which an assumption of discard has been incorporated into the basic design of the business. This report is the core deliverable of the survey. It typically takes three or four days of on-site exploration and requires the cooperation of a knowledgeable party in teasing apart the hidden assumptions which enforce discard. 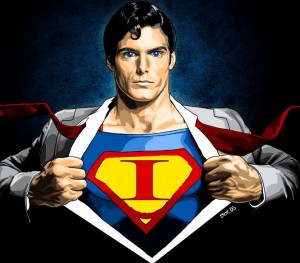 A Zero Discard Impact Study is a Super Idea, worthy of the new man and the modern company.