This page illustrates the limitations of FIRST IDEAS for solving problems 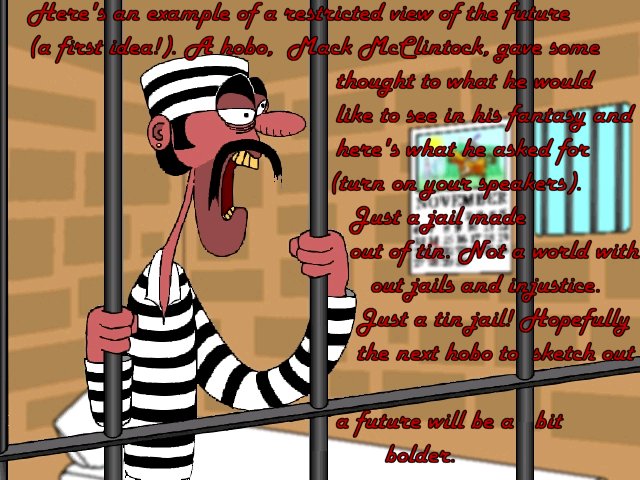 Consider this problem: Every time we put a wooden post or other structure into the ground, or even near soil, some damned microbes start in eating it and in a few years it rots and falls apart. WHAT CAN WE DO????

FIRST GENERATION IDEA: In accord with Western concepts of always dominating every situation, KILL THE LOUSY BUGGERS!!! Fill the wood with pesticides (like green copper chromium arsenate) so that any microbes that get near the wood WILL PERISH!

PROBLEM:
The poison is a poison for us too, as well as everything else that lives. Some of the treated wood has been used on playgrounds so our children are touching it too. So pull it out and throw it away – excuse me, recycle it. But how do you recycle poisoned wood? All very confusing. (Zero Waste thinking provides simple, commonsense ways to reuse the wood but who wants to listen to that?)

There are always a few people who are not impressed with first ideas. One of them came up with a SECOND GENERATION IDEA.

Instead of killing the microbes, how about changing the wood, in a non-poisonous way, so that the microbes can’t find a place to start chewing? It works with polyethylene, so why not with wood? He found out that microbes start to chew on the tasty HYDROXYL GROUPS that stick out all over the wood molecules. So what happens if we cover up all of those hydroxyl groups by reacting them with ACETYL GROUPS. Thus the Accsys Corporation was born. This company is treating wood with a very concentrated acetic acid, known as acetic anhydride, to tie up the free hydroxyl groups and make them unpalatable. In the process, they claim that the wood becomes so hard that softwoods become hardwoods.

First generation problem: neighbors who love the idea of renewable energy but hate the constant whoop-whoop noise of the blades.

Second generation solution: Cattail shaped stalks that simply sway silently in the wind. This is an artist’s rendition for a proposal in Abu Dhabi. The electricity is generated by the flexing of piezoelectric devices in the stalks. At the tip of each stalk is a light so that to wanderers down below, it resembles a field of artificial stars. Read more. 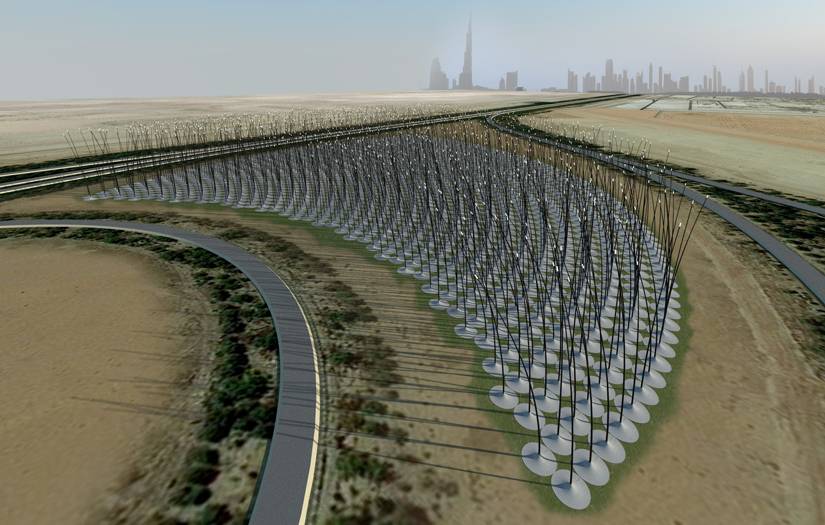 Some other common first ideas-

All of these first approaches have more humane, more productive, cheaper and more conserving alternatives but the first approaches are embraced for covert political reasons by elites and passed on to the public as useful emotional levers.

Often first ideas fit well with common assumptions such as garbage is natural or those other people are evil and can’t be reasonable or we are so powerful that we can control complete systems. Here’s one that was recently proved wrong. We assume that fierce competition for resources is natural while cooperation is unnatural. In the pages of Science (23 September 2011 p. 1710, 1753) a new study explored whether cattle and wild herbivores are incompatible as is normally assumed. This has led to deforestation and depriving wild beasts of their habitats. But a study in Africa which put domesticated and wild herbivores on the same lot found that they occupy different niches and eat complimentary plants, thus assisting one another so that both benefit.

Note 1: I read in the writings of Rabbi Arthur Waskow that the Talmud tries to teach us: “Who is the greatest [military] hero? The person who can master his own impulses.” And later, “The person who can turn his enemy into his friend”. The wisdom is there for the plucking, but hatred is more useful for manipulating people.