Earphones have gotten much cheaper in recent years but there is still no reason they have to be made to tear apart and stop working the first or second time there is a pull on the wire connecting them to their plug. Those wires are so fine that they can’t resist a good tug, such as the time your phone falls while the earphones are connected to your ears. They tear, and that’s the end of the whole device.  The plug, the wires, the little speakers and maybe the earphone holder that goes over your head. All useless because a wire tore. How could this be taken care of?

Here’s  a simple fix. Run a nylon string down the main wire and into the plug.  Make sure that if the main wire pulls on the plug, all of the tension is taken on the strong string, not on the weak copper wires.  Connect the thin wires so that they have a little free loop just above the plug, so that they can’t be stressed by pulling on the main wire.  Then the earphones will last until you are cutting out a paper airplane and accidentally cut the wires with your scissor. They would probably last ten times longer, or more, than earphones last today.

Maybe the manufacturers wouldn’t sell quite as many weak earphones as they do today. They could charge more for earphones that will last ten times as long.

Our business is to design goods that don’t gobble up resources for no reason. We have no goal of making sure that any wasteful company makes a profit.

It is strange that there are endless recipes and videos for fixing broken headphone wires (e.g. here) by tinkerers but nowhere have I found a discussion of how to change designs so that wires are not so easily broken. Strange! Why is a changed design so far from the minds of those who consider themselves as fixers and non-wasters?

The one actual redesign I saw uses a separate cable to attach to earphones which plugs in on both ends. The comment on Youtube was that the separate cable could be “thrown away”. Of course, the cable is a lot cheaper than the complex earphones. If you HAVE TO throw away something, a cheap cable is better than a complete set of earphones but why in the world do you HAVE TO throw away anything? Why not improve the underlying design?

Here is a clever design for an earphone with a zipper. Look at the creativity that can be applied, and yet creating products with a long life is rarely encountered. 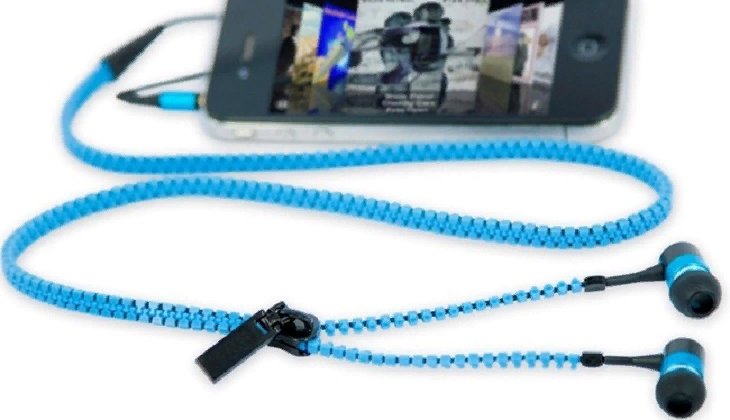 And here’s another problem with existing earphones. If you do tear the wires, it is virtually impossible to repair them by soldering. They are so incredibly thin and light you can barely find and separate them. Then, they are twisted together with plastic filaments which can barely be separated from the copper. I don’t know if that plastic is actually to strengthen the wires against tearing but I doubt it. Anyway, there should be a way to use wires made to be possible to repair.